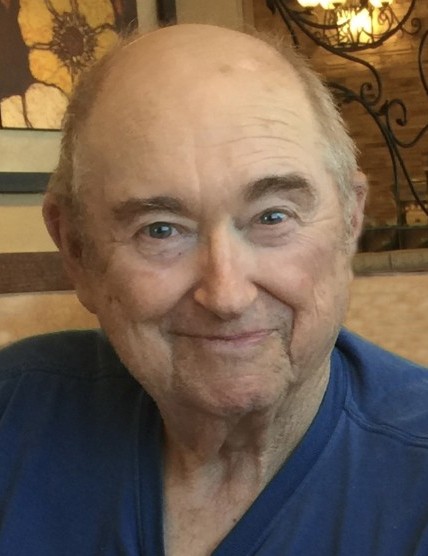 Age 83 of Channahon, formerly of Mount Vernon, Illinois, passed away Saturday, August 21, 2021 at his home surrounded by his loving family.

Born January 17, 1938 in Mount Vernon, Ronald Troy was a son of Kenneth and Eva (Hobbs) Crenshaw. He was raised and educated in Mount Vernon and graduated from Mount Vernon Township High School with the Class of 1957. On August 10, 1957, Ronald married the love of his life, Norma Jean Terry.

He served in the United States Air Force and was a reservist for twelve years. Following his military service, Ronald worked for the Olin Box Company in Joliet before gaining employment with the Caterpillar Tractor Company in Joliet. He worked there for 31 years until his retirement in the hydraulics department, and he even worked overseas for Caterpillar helping to instruct members of the company's plant in Brussels. After he retired, Ronald utilized his talents as a jack of all trades by starting This and That Crafts with his wife. Together they created many different craft goods that they showcased at several local craft booths and traveled to countless craft shows.

Ronald was a member of the Channahon United Methodist Church and a past member of the Loyal Order of Moose Lodge 967 in Morris. He was an avid outdoorsman, enjoying camping fishing and rabbit hunting, and was a life time member of the Morris Rod & Gun Club. Ronald also enjoyed dancing with his wife Norma and together they participated in several square dance and clog dance clubs. He was a family man who especially looked forward to spending time with his children and grandchildren. Ronald made countless memories with his family at their favorite vacation spot at Ken Lake, Kentucky, and leaves behind a rich legacy of love to his family and friends.

Ronald was preceded in death by his parents, one son, Kenneth David Crenshaw, one brother, Stephen Crenshaw, one nephew, Robert Crenshaw, and several brothers-in-law and sisters-in-law.

Per Ronald's wishes, flameless cremation rites have been accorded.

The family will receive friends for a memorial visitation on Friday, August 27, 2021 at Reeves Funeral Home, 408 East Washington Street, in Morris from 12:00 p.m. until time of memorial service at 1:00 p.m. Reverend Dr. Roy Backus will officiate, and inurnment will follow at Evergreen Cemetery in Morris.

Those wishing to participate in the service virtually are welcome to join the livestream on Friday August 27, 2021 beginning at 1:00 p.m. A link for the event is available on Ronald's memorial page.

Preferred memorials may be made as gifts in Ronald's memory to Lightways Hospice or to the charity of the donor's choosing.

Family and friends are encouraged to sign the online guest book, upload photographs, and share Ronald's memorial page by logging onto: www.ReevesFuneral.com

Flameless cremation services and memorial arrangements have been made under the direction and care of Reeves Funeral Homes, Ltd. in Morris (815) 942-2500.

To order memorial trees or send flowers to the family in memory of Ronald Crenshaw, please visit our flower store.
Send a Sympathy Card