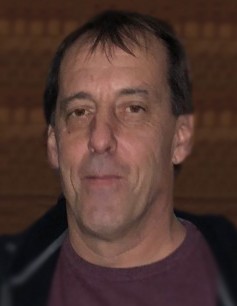 Born March 2, 1967 in Oak Lawn, Ronald Paul is the son of Barbara (nee Shimkus) and the late Ronald E. Kurecki. He was raised and educated in Burbank and graduated from Reavis High School with the Class of 1985. On July 17, 1992, Ronald married Erica Marie Crumb in Hannibal, Missouri. He worked as an independent truck driver for his entire career. Ronald loved spending his time outdoors, especially at Lake Will Sportsman Club in Wilmington where he would fish. He enjoyed art as a young man and was a gifted artist, in addition to playing video games. Talented at cooking and baking, Ronald would often prepare meals for his family using his own vegetables that he grew in his garden. He loved fireworks, and the Fourth of July was his favorite day of the year which he would refer to as “his Christmas”.

Ronald was preceded in death by his father; brother-in-law, Jamie Railsback; and nephew, Michael Casey McGovern.

Per the family’s wishes, cremation rites have been accorded.

The family will receive friends for a visitation on Saturday, February 1, 2020, at Baskerville Funeral Home, 700 East Kahler Road, in Wilmington from 12:00 p.m. until time of memorial service at 4:00 p.m.

Family and friends may sign the online guest book, upload photographs, or share Ronald’s memorial page by logging onto: www.BaskervilleFuneral.com

To order memorial trees or send flowers to the family in memory of Ronald Kurecki, please visit our flower store.
Send a Sympathy Card