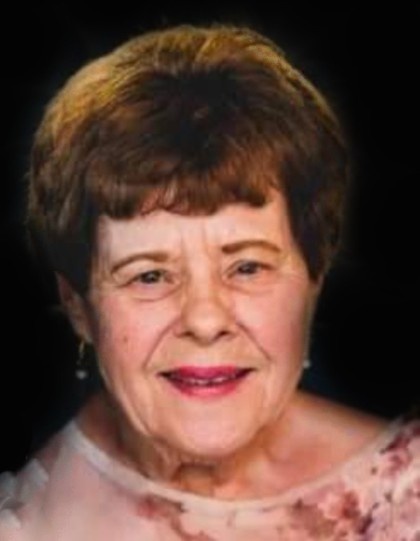 Age 81 of Carbon Hill, formerly of Joliet and Braidwood, passed away Thursday November 7, 2019, at her home with family by her side.

Born May 27, 1938 in Cicero, Illinois, Roseann was a daughter of Charles Svoboda and Helen Chaloupka. On September 29, 1956, she married her husband of 44 years, Newell Kenneth Watson, at Saint Joseph Catholic Church in Joliet. Together, they owned and operated Ken's Pizza Cottage in Joliet, later known as Ken's Pizza, for eighteen years. Later on in life they opened the Silver Lion Bohemian American Restaurant in Wilmington. Roseann was very proud of her Bohemian heritage, and the Silver Lion was a way to express that passion through Bohemian food.

As a young woman, she very active and enjoyed ice and roller skating, tap dancing, and was proud to be crowned Miss Braidwood for the Gardner Centennial. Roseann also liked to read, and was even a published poet. She and her family were big promoters of midget car racing, and spent a great deal of time supporting the sport at Joliet Memorial Stadium.

More than anything, family was Roseann's priority. She cherished her role as a wife, mother, grandmother and great grandmother. Roseann was a very social person, and no one was a stranger after they met her. She left a great impact on everyone in her life, and she will be greatly missed.

The family will receive friends for a visitation on Sunday, November 10. 2019 at Reeves Funeral Home, 75 North Broadway Street, in Coal City from 11:00 a.m. until the time of funeral service at 1:00 p.m. Burial will immediately follow the funeral at Bohemian National Cemetery in Braidwood.

Preferred memorials may be made as gifts in Roseann's memory to the American Cancer Society.

Family and friends may sign the online guest book, upload photographs, or share Roseann's memorial page by logging onto: www.ReevesFuneral.com

To order memorial trees or send flowers to the family in memory of Roseann Watson Novy, please visit our flower store.