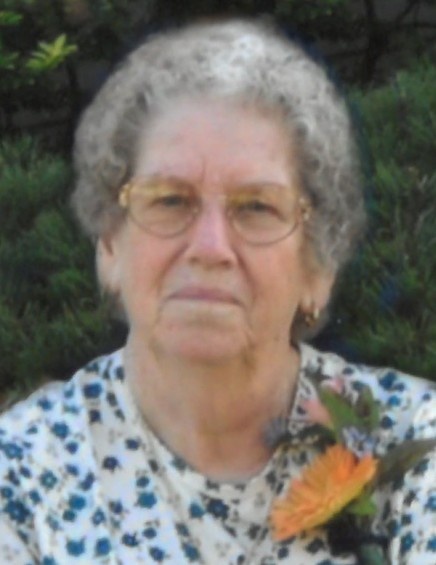 Age 96 of Braidwood and formerly of Wilmington, passed away Saturday evening, April 3, 2021 at Heritage Health in Dwight.

Born August 23, 1924 in Ballard, Kentucky, Shirley Elizabeth was a daughter of James H. and Mary (Logsdon) Miller. She was raised in Barlow, Kentucky, and on June 7, 1941 married Herman Beasley in Jackson, Michigan. In addition to tending to the family home, Shirley worked for Johnson & Johnson Personal Products for 35 years until her retirement in 1999. She was a member of First Baptist Church of Coal City, took pleasure in working in the yard flower gardening, and enjoyed playing bingo.

The family will receive friends for a visitation on Friday, April 9, 2021 from 1:00 p.m. until the time of funeral service 3:00 p.m. at Baskerville Funeral Home, 700 East Kahler Road in Wilmington. Pastor Jeff Urban will officiate.

Those wishing to participate in the services virtually are welcome to join the livestream beginning at 3:00 p.m. on Friday afternoon. A link for the event will be available on Shirley’s memorial page.

Burial will follow in Oakwood Cemetery, Wilmington, where Shirley will be laid to rest with her late husband, Herman. Pallbearers will be: Jimmy Hasty, Kenny Hasty, Todd Hunter, Brian Beasley, Reece Spangler and Carter Spangler.

Preferred memorials may be made as gifts in Shirley’s memory to a charity of the donor’s choosing.

Family and friends are encouraged to sign the guest book, upload photographs and share Shirley’s memorial page online through social media by logging onto: www.BaskervilleFuneral.com/obituary/Shirley-Beasley

To order memorial trees or send flowers to the family in memory of Shirley Beasley, please visit our flower store.