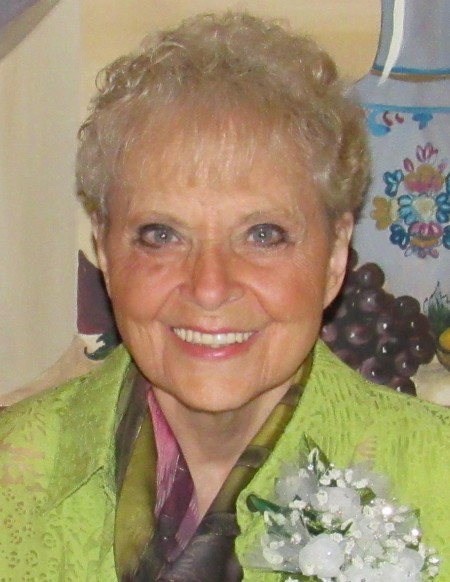 Age 78 of Coal City passed away at her home on January 14, 2020, surrounded by her loving family.

Shirley was a stay at home mom and later worked a few various jobs, including at Rockwell International in Downers Grove, Illinois.  She was a member of Assumption of the Blessed Virgin Mary Roman Catholic Church and loved her faith.

In her free time, Shirley enjoyed spending time with her husband and family. She took pleasure in vacationing, especially to tropical climates, and liked music, dancing, puzzles, and watching her numerous family members at their special events.  Shirley and her husband, Ronald, recently celebrated their 60th wedding anniversary on July 18th, 2019.

Shirley was preceded in death by her parents, Joseph and Stella Karl, and numerous aunts and uncles.

The family will receive friends for a visitation on Tuesday, January 21, 2020 from  4:00 p.m. to 8:00 p.m. at Reeves Funeral Home, 75 North Broadway (one block north of Illinois Route 113) in Coal City.  Funeral services will follow on Wednesday morning, January 22 , 2020 at 10:00 a.m. in Assumption of the Blessed Virgin Mary Roman Catholic Church, 215 South Kankakee Street in Coal City. A Mass of Christian Burial will be celebrated with Reverend Robert Noesen presiding.

The family requests no flowers; in lieu of flowers, memorials may be made as gifts in Shirley's memory to Joliet Area Community Hospice, 250 Water Stone Circle, Joliet, IL 60431 .

Family and friends may sign the guest book, upload photographs or share Shirley’s memorial page online through social media by logging onto: www.ReevesFuneral.com/notices/ShirleyThiers

To order memorial trees or send flowers to the family in memory of Shirley Thiers, please visit our flower store.
Send a Sympathy Card