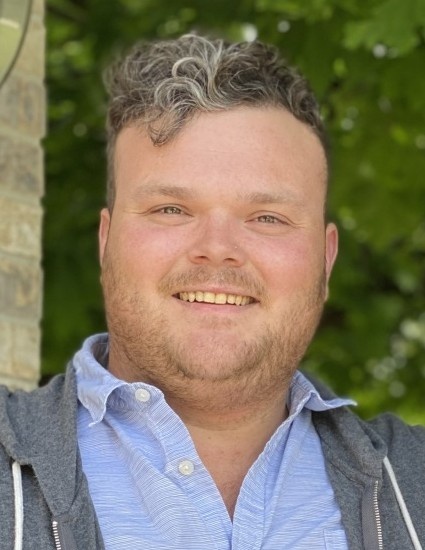 Born March 25, 1992 in Morris, Illinois, Stephen is a son of Annette (nee Norton) Tackett and Terry Tackett. He was raised in Coal City and graduated from Coal City High School with the Class of 2010. Steve was currently employed with PSC at ExxonMobil.

A self-taught musician, Steve was an accomplished guitarist, singer, song writer and music producer. He played in multiple local bands and had a niche performing online through social media. Steve was a selfless and sensitive soul who was an amazing listener and had the gift to make everyone in his company feel important and welcome. Soft and kind hearted, Steve was quick witted, funny and held a sharp sense of humor. He enjoyed keeping up with stats; loved football, and was a tremendous fan of the Green Bay Packers. His son Cameron was truly his best friend, and Steve cherished being a father.

Steve will be deeply missed by many special friends and loved ones. May those fortunate to know Stephen Joseph Tackett always look back on his memories with fondness, and may the special moments live on forever in their hearts.

The family will receive friends for a visitation at Reeves Funeral Home, 75 North Broadway (one block north of Illinois Route 113) in Coal City on Wednesday, August 25, 2021 from 3:00 p.m. until the time of service and celebration of life at 5:00 p.m.

Those wishing to attend the services are requested of the family to wear face coverings within the funeral home.

The services will be livestreamed, beginning at 5:00 p.m. on Wednesday, August 25, 2021 and a link for the event is available on Steve’s memorial page.

Preferred memorials in lieu of flowers may be made as gifts in Steve’s memory to his family for the benefit of Cameron Christopher Tackett. A donation link can also be found on Steve’s memorial page.

Family and friends are encouraged to sign the guest book, upload photographs and share Stephen’s memorial page online through social media by logging onto: www.ReevesFuneral.com/obituary/Stephen-Tackett

Funeral services and green flameless cremation arrangements have been made under the direction and care of Reeves Funeral Homes, Ltd. in Coal City. ( 815-634-2125 )

To order memorial trees or send flowers to the family in memory of Stephen Tackett, please visit our flower store.
Send a Sympathy Card