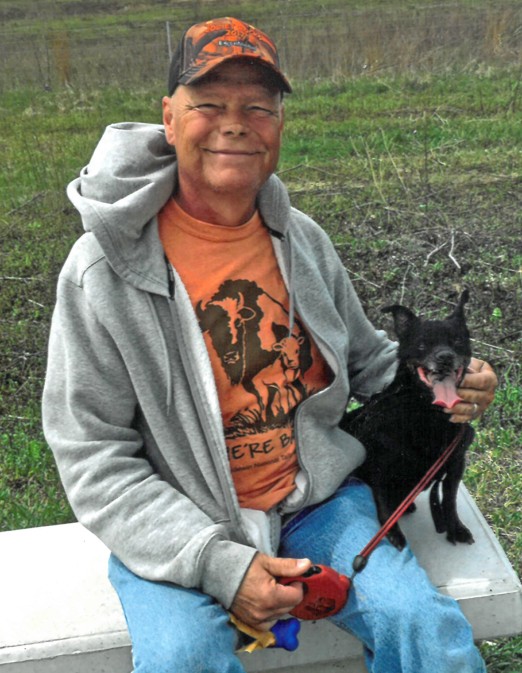 Born May 1, 1958 in Joliet, Stephen Ramond was a son of Eugene and Regina (Miller) Horwath. He was raised and educated in Mokena and graduated from Lincoln-Way Central High School with the Class on 1977. Steve worked in building maintenance for Axiom Properties for 12 years until he retired in 2014. He was a past member of Saint Mary’s Catholic Church and Marley Community Church, both in Mokena.

Steve found great pleasure in spending time outdoors fishing and camping, or taking time to work in his garden. He was a classic car enthusiast and enjoyed expanding his knowledge by watching the History and Science channels. Steve had a goofy personality and always had a smile on his face. He loved music and dancing, and he would sing all time to himself or to anyone that would listen. Steve was generous with his time and always willing to help anyone in need. He was an active part of his grandchildren’s lives, volunteering to be a coach for their youth soccer and baseball teams. He was strong and courageous through his battle with cancer, and managed to maintain a positive attitude and never complain though he was in so much pain.

Steve was preceded in death by his parents, his sister, Anne Horwath, his mother-in-law and father-in-law, Ronald and Maureen Chaney, and his canine companion, Murphy.

Per Steve’s wishes, cremation rites have been accorded.

The family will receive friends for a COVID observant memorial visitation on Tuesday, March 16, 2021, at Baskerville Funeral Home, 700 East Kahler Road, in Wilmington from 2:00 p.m. until the time of memorial service, 5:00 p.m. Those wishing to participate in the funeral service virtually are welcome to join the live-streamed service on Tuesday afternoon, March 16, 2021 beginning at 5:00 p.m. A link for the event is available on Steve’s memorial page.

The family wishes to extend their heartfelt gratitude to Joliet Area Community Hospice and their home care nurses, Shanna, Jen, Gillyann, Laura, and Pam, as well as all the friends, family, and neighbors that were so very helpful during these difficult times.

Preferred memorials may be made as gifts in Stephen’s memory to Joliet Area Community Hospice or Kuzma Care Cottage.

Family and friends are encouraged to sign the online guest book, upload photographs, and share Steve’s memorial page by logging onto: www.BaskervilleFuneral.com

To order memorial trees or send flowers to the family in memory of Steve Horwath, please visit our flower store.
Send a Sympathy Card