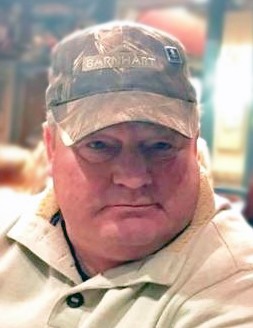 Age 61, Steve passed away June 19, 2018 at his residence in New Lenox, Illinois after a courageous battle with Acute Myeloid Leukemia.

Born December 9, 1956 in Joliet, Illinois Steven Maurice was a son of Maurice L. and Evelyn M. (Gable) Barry. He was a graduate of Lincoln Way Central High School with the Class of 1975, and on October 25, 1980, Steve married Catherine M. Dome in New Lenox, Illinois.

Steve loved cooking, all things grilling, and relaxing and spending time with his family. He was a devoted and caring husband, father, grandfather, brother, brother-in-law, uncle, great uncle and God-father. He will be remembered for always being happy; dedicating his love and energy to his children and grandchildren; maintaining an immaculate yard, and for his distinctive laughter.

Steve was preceded in death by his parents, Maurice and Evelyn; nephew, Scott Craig Barry and his father-in-law, Ray Dome.

The family will receive friends for a visitation on Friday, June 22, 2018 between the hours of 5:00 p.m. and 8:00 p.m. at Baskerville Funeral Home, 700 East Kahler Road in Wilmington. A private family funeral will follow Saturday with Reverend Sebastian Gargol from St. Rose Catholic Church officiating.

Preferred memorials may be made as gifts in Steve’s memory to a veteran’s organization of the donor’s choosing.

Family and friends may sign the guest book, upload photographs or share Steve’s memorial page online by logging onto: www.BaskervilleFuneral.com/notices/Steven-Barry.

To order memorial trees or send flowers to the family in memory of Steven Barry, please visit our flower store.
Send a Sympathy Card