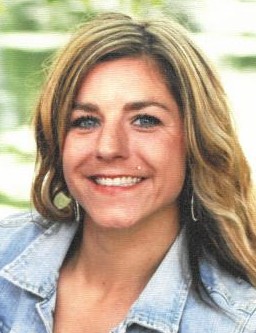 Born January 5, 1988 in Joliet, Illinois, Tara is a daughter of Mark Carpenter of Lockport and the late Nellann Bales. She was raised in Lockport and attended Lockport Township High School before entering into the United States Army Reserves. Tara worked as a CNA in home healthcare, and enjoyed coaching both Cheerleading and Gymnastics. She loved being a mother, and enjoyed spending time outdoors with her son, Reid.

Tara was preceded in death by her mother Nellann in 2019.

Green flameless cremation rites will be accorded following the services.

Family and friends are encouraged to sign the guest book, upload photographs and share Tara’s memorial page online through social media by logging onto: www.ReevesFuneral.com/notices/Tara-Trammel

Funeral services and green flameless cremation services have been made under the direction and care of Reeves Funeral Homes, Ltd. in Coal City. ( 815-634-2125 )

To order memorial trees or send flowers to the family in memory of Tara Trammel, please visit our flower store.
Send a Sympathy Card