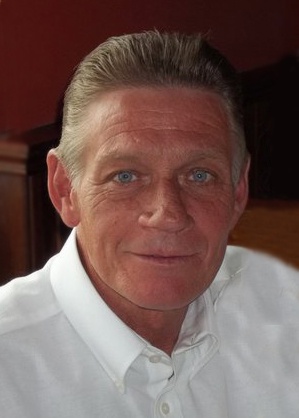 Born October 7, 1958 in Blue Island, Illinois, Theodore Paul, known by many as Ted or Teddy is a son of Theodore Joseph Baburek, Sr. and the late MaryJean Ahern-Bright. He grew up in Illinois and California, calling home Oak Lawn, IL, Stockton, CA, Burbank, IL, Hayward, CA, Hometown, IL and Chicago Ridge, and graduated from Oak Lawn High School with the Class of 1976.

“Ted the Roofer” worked in the construction trades, and owned and operated ERS – Emergency Roof Service. When he was not working his hobbies included camping, fishing, cooking, playing slots, and enjoying a cold beer. He took pleasure in carpentry, collecting coins and antiques and caring for his dogs “Bear” and “Tipper”. Ted loved nature and the outdoors; was passionate in learning about God, science and the universe, and studied ancient cultures. Above all, family was important to Ted and he cherished time spent with his daughters, grandchildren, family and friends.

The family will receive friends for a memorial visitation at Reeves Funeral Home, 408 East Washington Street (one block east of Illinois Route 47) in Morris on Sunday, May 15, 2022 from 1:00 p.m. until time of service, 3:00 p.m. Rev. Dr. Roy Backus will officiate.

Memorial services and arrangements have been made under the direction and care of Reeves Funeral Homes, Ltd. in Morris. (815-942-2500) www.ReevesFuneral.com

To send flowers to the family in memory of Theodore "Ted" Baburek, please visit our flower store.
Send a Sympathy Card