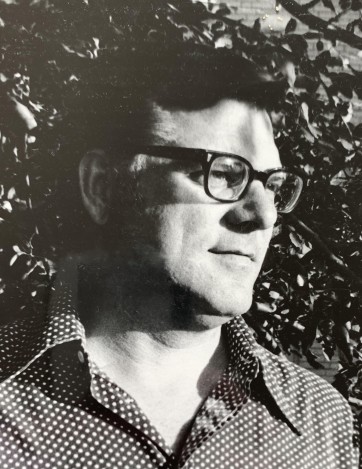 Age 86 of Chicago, formerly of Morris, passed away Sunday May 5, 2019 at the Jesse Brown VA Medical Center in Chicago.

Born December 30, 1932 in Chicago, Thomas was a son of Peter and Caroline (nee Rutkowski) Cwik. He was raised and educated in Chicago, graduated from Foreman High School, and attained a Bachelor's Degree in Accounting at Roosevelt University. Thomas served honorably in the United States Army during the Korean War era, and on May 11, 1957 he married Annette Govorchin in Zama, Japan.

Thomas' career with Alumax Mill Products began in 1970, where he would become National Credit Manager until his retirement in 1994. He was also an adjunct professor at Joliet Junior College, and after his retirement he still made time to work part time at least 20 hours a week. Thomas was an active member of Immaculate Conception Catholic Church in Morris, where he was a past member of both Parish Council and School Board, served as a lector, and would host Bingo night. He also served on the Morris Community Credit Union Board, was a former President of the Morris Country Club, and an early member of the Morris Theatre Guild. Thomas enjoyed golfing at the local courses in Morris, but also in Florida where he and Annette spent part of their retirement.

Thomas had a strong work ethic, as well as high ethical and moral standards, which he held himself to and inspired others to maintain as well.

Thomas was preceded in death by his parents; and siblings: Peter and Paul Cwik, Lorraine Mora, Barbara Palazzolo, and Jimmy Cwik.

Per Thomas' wishes, cremation rites have been accorded.

The family will receive friends for a memorial visitation on Saturday May 11, 2019 at Reeves Funeral Home, 408 East Washington Street (one block east of Illinois Route 47), in Morris from 9:00 a.m. until time of memorial service, 10:00 a.m., with Reverend Ed Howe, CR presiding. Inurnment will follow the services in Mount Carmel Catholic Cemetery.

Preferred memorials may be made as gifts in Thomas' wishes to: Grundy County Veterans Assistance Commission, 1320 Union Street, Morris, Illinois 60450.

Family and friends may sign the online guest book, upload photographs, or share Thomas' memorial page by logging onto: www.ReevesFuneral.com

To order memorial trees or send flowers to the family in memory of Thomas Cwik, please visit our flower store.
Send a Sympathy Card