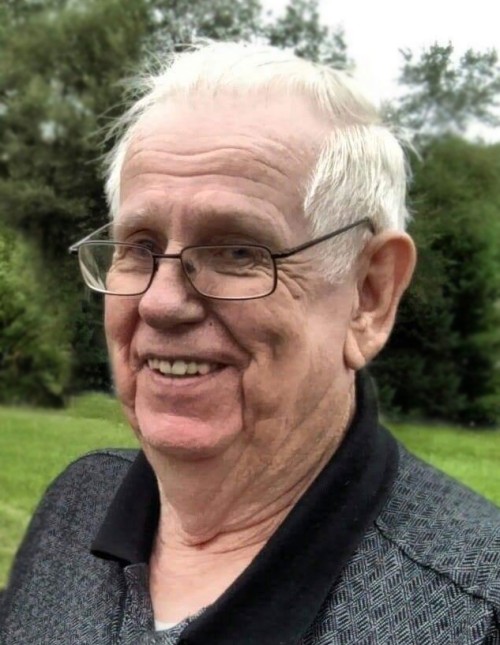 Age 78 of Williford, Arkansas and formerly of Carbon Hill, Illinois, passed away November 15, 2019 in Batesville, Arkansas.

Born February 10, 1941 in Steele, Missouri to George and Bessie (Rogers) Arnold, and moved to Carbon Hill at the age of 6 months.  Vernon married Donna J Ferrara on March 25, 1961.  He was employed by Joe and Dorothy Testa at Testa’s IGA for 46 years, retiring in 2005. He always considered them as part of his family.  After retiring Vernon moved to Williford, Arkansas.

Vernon enjoyed playing softball and baseball, finally hanging up his cleats at the age of 60. He bowled for many years with his daughter and son.  After retiring and losing his wife, Vernon enjoyed spending many hours in the shop with his daughter and son, restoring old cars.  The ultimate joy in his life were is grandchildren and great grandchildren. He will be dearly missed by them.

The family will receive friends for a visitation on Tuesday, November 19, 2019 between the hours of 4:00 p.m. and 8:00 p.m. at Reeves Funeral Home, 75 North Broadway (one block north of Illinois Route 113) in Coal City. Funeral services will follow on Wednesday morning, November 20, 2019 at 10:00 a.m. in the funeral home with Reverend Brad Shumaker officiating.

Burial will be in Braceville-Gardner Cemetery, where Vernon will be buried with his late wife Donna.

Preferred memorials may be made as gifts in Vernon’s memory to a charity of the donor’s choosing.

Family and friends may sign the guest book, upload photographs or share Vernon's memorial page online by logging onto: www.ReevesFuneral.com/notices/Vernon-Arnold

Funeral services and arrangements are being made under the direction and care of Reeves Funeral Homes, Ltd. in Coal City. (815-634-2125)

To order memorial trees or send flowers to the family in memory of Vernon Arnold, please visit our flower store.
Send a Sympathy Card