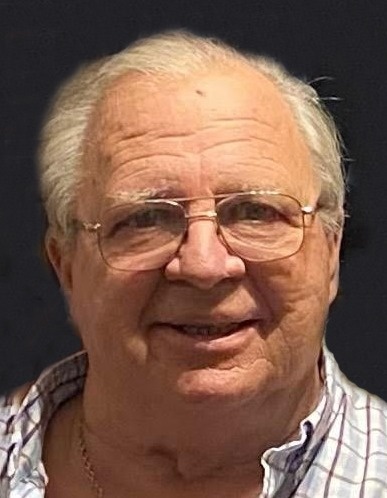 Age 80 of Coal City, Illinois, and formerly of Burbank, Illinois, died peacefully on Tuesday, March 15, 2022 at his home surrounded by family.

Born March 14, 1942 in Chicago, Walter Sam was the son of Walter and Estelle (nee Bernat) Natyshok. He was raised and educated in Chicago and graduated from Gage Park High School with the Class of 1960. Following high school, Sam enlisted with the United States Marine Corps and served as a reservist, something he was very proud of. On February 20, 1965, Sam married Gloria Ann Hatje at Saint Rita of Cascia Catholic Church in Chicago, began their family in Burbank, and later settled in Coal City.

Sam attended the Tool Die Institute in Park Ridge and began his career as a tool and die maker. He gained employment with Commonwealth Edison and worked there for 20 years until his retirement. Sam was not one to sit idle, and following his retirement he continued to work as a school bus driver for the Coal City School District. He was a member of Assumption Catholic Church in Coal City, and the Coal City Area Club where he made many special memories camping and pontoon boating with family and friends. Sam also enjoyed traveling across country and going on cruises. Sam was an avid sports fan and was a skilled woodworker. He made many projects for his family, including bedroom sets and work desks for his sons.

Sam's number one priority in his life was his family. He made every effort to support his children with their activities growing up, serving as little league baseball and Stickney Titan football coach, and carried on through their middle school days as a football coach with Morris Chiefs. Sam cherished being a grandfather to his seven grandchildren, always supporting them at their sporting events and theater productions. He and Gloria shared 57 beautiful years together, and he leaves behind a wonderful legacy of love and family.

Survivors include his wife, Gloria Natyshok of Diamond; two sons: Tracy (Lorie) Natyshok and Nick (Andrea) Natyshok, both of Coal City; one son-in-law, Daniel Residori of Sugar Grove, seven grandchildren: Samantha Residori of St. Louis, Missouri, Jake Residori of Plainfield, Taylor Natyshok of Chicago, Nate Natyshok of Coal City, and Kaelan, Mason, and Logan Natyshok, all of Coal City; one sister, Carolyn Neven of Chicago, as well as two cousins who were like siblings to him: John (Kate) Malloy of Arizona and Pat (the late Jerry) Truchan of Downers Grove; one sister-in-law: Carol Hatje of Frankfort, and numerous nieces and nephews.

Sam was preceded in death by his parents and one daughter, Susan Residori.

The family will receive friends for a visitation on Sunday, March 20, 2022 at Reeves Funeral Home, 75 North Broadway Street (one block north of Illinois Route 113) in Coal City from 12:00 p.m. to 4:00 p.m. Funeral services will follow on Monday, March 21, 2022 at Assumption of the Blessed Virgin Mary Roman Catholic Church, 215 South Kankakee Street, in Coal City. A Mass of Christian Burial will be celebrated at 10:30 a.m. with Rev. Josh Miller presiding, and assisted by Deacon William Dunn.

In lieu of flowers, memorials may be made as gifts in Sam's memory to Lightways Hospice, 250 Water Stone Circle, Joliet, Illinois 60431.

Funeral services and arrangements have been made under the direction and care of Reeves Funeral Homes, Ltd. in Coal City (815) 634-2125 / www.ReevesFuneral.com

To send flowers to the family in memory of Walter "Sam" Natyshok, please visit our flower store.