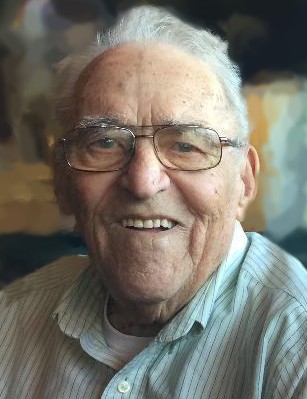 Born December 15, 1928 in Lorenzo, Illinois, Warren was the son of Joseph and Stella (Ryan) Kuzel. He was raised and educated in Coal City and graduated from Coal City High School with the Class of 1946. Following graduation, Warren worked for Argonne National Laboratory in Lemont before entering into the United States Army. Warren married Beverly Olson, and together they made their home and raised their family in Coal City. In 1953, he gained employment with Illinois Bell and retired from the telephone company in 1990, following 37 years of service.

Warren was a member of Assumption of the Blessed Virgin Mary Roman Catholic Church in Coal City, where he ushered for many years. He also served as a financial councilman for the Village of Coal City, was past president of the Coal City Emergency Squad and the Coal City Little League Association, and belonged to the Coal City Area Club. One who was a handyman and ‘jack of all trades’, Warren loved to fish; was an avid golfer, and took pleasure in vegetable gardening. He will also be remembered as a great fan of both the Chicago Cubs and Green Bay Packers.

Warren was preceded in death by his parents; daughter Jeannie Marie in infancy and his brother-in-law, Francis Van Duyne.

Measures of safe social distancing practices will be in order, and funeral home staff will assist the family not to exceed the safe number set forth for the both the visitation and service.

Warren will be privately laid to rest in Abraham Lincoln National Cemetery in Elwood.

Preferred memorials may be made as gifts in Warren’s memory to a charity of the donor’s choosing.

Family and friends are encouraged to sign the guest book, upload photographs and share Warren’s memorial page online through social media by logging onto www.ReevesFuneral.com/obituary/Warren-Kuzel

To order memorial trees or send flowers to the family in memory of Warren Kuzel, please visit our flower store.
Send a Sympathy Card