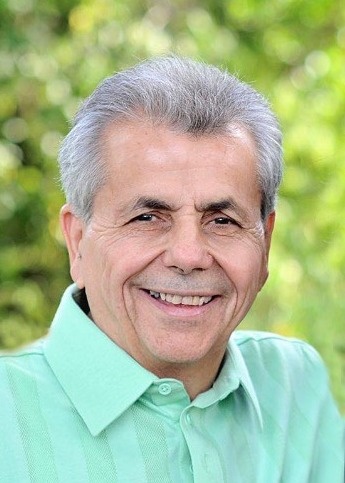 Born August 8, 1938, in Joliet, IL, Wayne was the son of Stanley & Elizabeth (Betty) (nee Giardina) Jurgel. A lifelong resident of Lockport, he graduated from Lockport Township High School in 1956. He spent time working for Material Services for a number of years before being drafted to the Army in 1961.  He served his nation as a Construction Equipment Repairman during the Vietnam War Era. He was a decorated and dedicated soldier until he was honorably discharged in 1967. Wayne was a patriotic man and loved his nation dearly.

Following his military service, he went on to join the International Union of Operating Engineers (IUOE) Local 150.  He spent many years working as a lead Heavy Equipment Operator and Repairman. One of his many assignments included working on the construction of the deep tunnel project in Chicago which began in the mid-1970’s. He also worked for other companies including JayDee Construction, Brown & Lambrecht, Truck & Bus, and Talaga Sheet Metal, among others.  Wayne held his Local 150 membership for 56 years.

In 1983 he became employed as a master mechanic with the City of Lockport Public Works Department. Wayne dedicated 26 years to maintaining the city’s fleet of vehicles, operating snow plows, and contributing to the maintenance of the town he called home. He valued his time serving the city he spent his life living in. He always enjoyed seeing the police officers each day and missed his job immensely throughout his retirement. The friendships he developed were lasting and so very meaningful to him.

Wayne was a selfless man and strived to touch as many hearts around him that he could. He was heavily devoted to Alcoholics Anonymous throughout his 46 year sobriety journey.  He was active at the Alano Club in Joliet for 30 years. Wayne was always there to pour the coffee and lend a helping hand to anyone who walked through the doors.  Through sponsorship, he committed himself to assisting others work the 12 step program. This was one of many of his incredible achievements and he saved countless lives along the way.

Wayne enjoyed many hobbies including fishing, spending time tinkering on projects, recycling, & helping everyone he could. A curious seeker of knowledge, he devoted countless hours studying just about any book he could get his hands on. He was a helper to all and his purpose was fulfilled here as a faithful servant of the Lord.  He touched hundreds of peoples lives throughout his journey and he will be truly missed.

Wayne was preceded in death by his parents, Stanley & Elizabeth (nee Giardina) Jurgel as well as many other family members.

In lieu of flowers, donations may be made to Wayne's family for distribution to charities of Wayne's choosing.

Cremation services have been made under the direction and care of Reeves Funeral Homes, Ltd. in Morris (815) 942-2500.

To send flowers to the family in memory of Wayne Francis Jurgel, please visit our flower store.

Celebration of Life and Open House