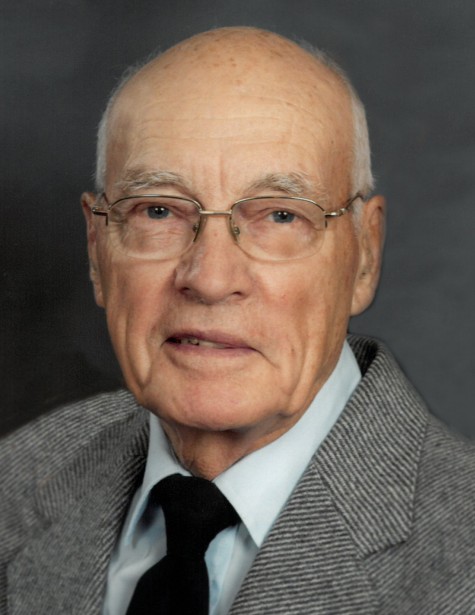 Age 96 of Wilmington, passed away peacefully at his home on Wednesday, November 04, 2020.

Born March 16, 1924 on the family farm in rural Fairbury, Wilbur Lee was a son of Matt and Ida (Hoegger) Lewis. He was raised and educated in Fairbury, and moved to Wilmington at the age of 17 when he acquired the Wilmington Mobil Service Station. Wib owned and operated Lewis Complete Service for 20 years, which during that tenure he went away to honorably serve in the United States Army with the 93rd AAA Battalion (1943-1946).

On January 16, 1943, Wilbur married Laura “Jerry” Bullock in Wilmington, and together they made their home and raised their family in Wilmington. Wib was an active member of the First United Methodist Church of Wilmington and as a proud Veteran, volunteered for the Abraham Lincoln National Cemetery Memorial Squad on the Monday team. He was past Commander of the Wilmington VFW Post 5422, and served as past president of various community organizations including: the Jaycees, Wilmington Chamber of Commerce, Wilmington Rotary, First United Methodist Church of Wilmington Board and the Wilmington Park Board. He belonged to the Braidwood Recreation Club; was a lifetime member of the Mazon Creek Project, and was honored to assist in the building of the Bailey Bridge at Midewin National Tallgrass Prairie. Wib, along with Jerry were avid square dancers for over 50 years; he was an amateur Paleontologist, who enjoyed working on a dinosaur dig, and in his free time he took great pleasure in gardening, woodworking, playing golf, fossil hunting, wine making and lapidary arts.

Wib was a true ‘Jack of all trades’, who was a proud Veteran and leaves behind a priceless collection of memories for his children, grandchildren and the community to cherish.

Wilbur was preceded in death by his parents; wife Jerry on March 17, 2014; one brother, Glen and one sister, Betty.

Due to Covid restrictions, the family will have a private visitation and funeral service at Baskerville Funeral Home in Wilmington with Reverend Harriette Cross from the First United Methodist Church of Wilmington officiating. Those wishing to participate in Wib’s services are welcome to join the live streamed service available on his memorial page beginning Monday morning, November 9, 2020 at 10:30 a.m.

Family and friends are encouraged to sign the guest book, upload photographs and share his memorial page online through social media by logging onto: www.BaskervilleFuneral.com/obituary/Wilbur-Lewis

To order memorial trees or send flowers to the family in memory of Wilbur Lewis, please visit our flower store.
Send a Sympathy Card