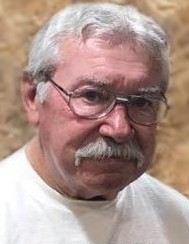 Born January 29, 1944 in Morris, Illinois, William Ernest was a son of Ernest and Ursula (Korelc) Hazelton. He was a graduate of Wilmington High School with the Class of 1962, and went on to marry Kathleen Marie Quigley in St. Patrick Catholic Church in Wilton Center on August 22, 1964. Together Bill and Kathleen made their home and raised their family in Florence Township.

Bill farmed his entire life, and owned and operated Hazelton Trucking for more than 45 years. He retired from Teamsters Local #179 and continued to enjoy raising cattle. He attended both St. Patrick Catholic Church in Wilton Center, as well as St. Rose Catholic Church in Wilmington, and was a member of the Wilmington Moose Lodge #241. Bill was meticulous in maintaining his property, and took great pride in his home. In his free time, he restored old cars and tractors, and was a fan of auto racing. Bill enjoyed spending time with his Monday night friends, but most of all cherished the time he spent with his family and grandkids.

The family will receive friends for a visitation on Thursday, October 25, 2018 between the hours of 3:00 p.m. and 8:00 p.m. at Baskerville Funeral Home, 700 East Kahler Road in Wilmington. Funeral services will follow Friday morning at 10:00 a.m. in St. Rose Catholic Church, 604 South Kankakee Street in Wilmington. A Mass of Christian Burial will be celebrated with Reverend Sebastian Gargol presiding.

Burial will be in Mount Olivet Catholic Cemetery in Wilmington, where Bill will be laid to rest with his wife Kathleen. Pallbearers will be: Mitch Hazelton, Jake Hazelton, Ben Hainline, Will Hainline, Bill Long and John Long.

Family and friends may sign the guest book, upload photographs or share Bill’s memorial page online by logging onto: www.BaskervilleFuneral.com/notices/William-Hazelton.

To order memorial trees or send flowers to the family in memory of William Hazelton, please visit our flower store.
Send a Sympathy Card