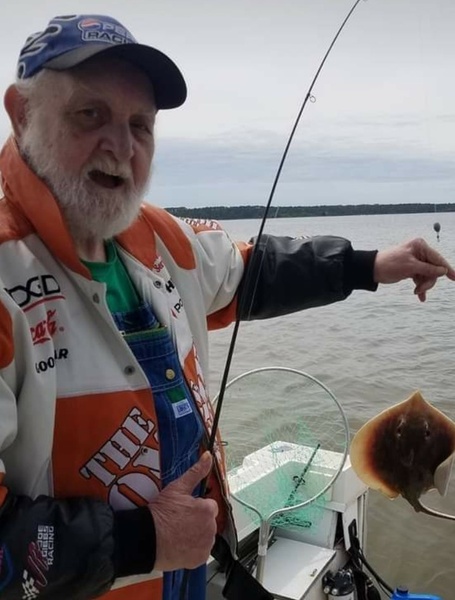 Born September 18, 1941, in Red Bay, Alabama, William was a son of Dink and Janie (Holland) Parker. He was raised in Red Bay and lived there for 16 years with his family.

William eventually moved to Joliet, Illinois, where he attended Joliet Junior College and received his certification in welding. He moved around central Illinois from Joliet to Gurnee and Aurora, then finally settled in Wilmington, where he resided for 55 years.

He was a member of the Wilmington Moose Lodge #241 and a longtime member of the Meneoka New Lenox Sports and Recreation Club. William enjoyed meeting his friends for a drink and attending Lightning Bingo at the moose lodge. He looked forward to working at The Rustic Inn in Wilmington during Catfish Days, where he helped cook for the past 24 years.

William's hobbies included collecting fishing poles and guns. Being an avid outdoorsman, any spare time he had would be spent outdoors fishing on the lake or hunting in the woods. William was a social butterfly, moving from bar-to-bar in downtown Wilmington making friends anywhere he went. Between his jokes and witty comebacks, he could put a smile on anyone’s face. Many had learned not to drink from the water bottle William kept in his overalls pocket or the “moon shine bandit” would strike again.

Family and friends may join the funeral services virtually by logging onto: WILLIAM PARKER FUNERAL

To send flowers to the family in memory of William F. Parker, please visit our flower store.