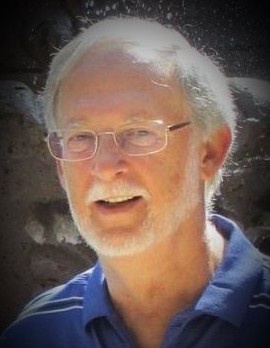 Age 80 of Minooka and formerly of Morris, Illinois, passed away Saturday, December 4, 2021 at the Lightways Hospice Home in Joliet, Illinois.

Born June 28, 1941 in Morris, Illinois, William Carl was a son of Carl and Ann (Pawlowski) Rath. He was raised in Morris and graduated from Morris High School with the Class of 1959. Bill began his career with Commonwealth Edison at Dresden Station and went on to retire as a Training Supervisor from Exelon in Essex following 27 years of service. In his free time, Bill enjoyed fishing, golf and hunting. No hobby however was greater than that of family, and Bill cherished being together, especially with the grandkids.

Bill was preceded in death by his parents, Carl and Ann Rath, and his first wife who was the mother of his children: Sherry (nee Lanier) Rath on July 16, 1987.

Per Bill’s wishes, green flameless cremation rites have been accorded.

A private family memorial is scheduled, and Bill will be laid to rest with his late wife Sherry in Mt. Carmel Catholic Cemetery in Morris, Illinois.

Preferred memorials may be made as gifts in Bill’s memory to a Humane Society of Animal Shelter of the donor’s choosing.

Family and friends are encouraged to sign the guest book, upload photographs and share Bill’s memorial page online through social media by logging onto: www.ReevesFuneral.com/obituary/William-Rath

Green flameless cremation services and memorial arrangements have been made under the direction and care of Reeves Funeral Homes, Ltd. in Morris. (815-942-2500)

To order memorial trees or send flowers to the family in memory of William Rath, please visit our flower store.