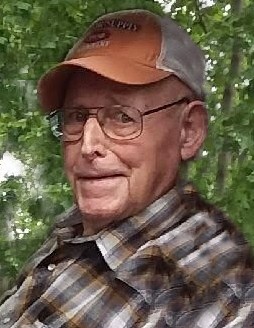 Born July 15, 1928 in Hampton, Iowa, Willis Calvin was a son of Klaus and Peterka (Heinrich) Smid. He was raised and educated in Iowa and graduated from West Union High School with the Class of 1947. On September 26, 1950, Willis entered into the United States Air Force, where he honorable served until being discharged on October 15, 1953.

Willis worked as an over-the-road truck driver, and following his retirement went onto gain employment with Fisher Auto from 1999 until 2006. He was a gifted mechanic who loved to tinker, and will be remembered as a true “Mr. Fix-it”.

Willis was preceded in death by his parents; son, Richard Smid and step-son, Rick Winter.

Burial with full military honors will follow in Abraham Lincoln National Cemetery in Elwood at 1:00 p.m.

Family and friends may sign the guestbook, upload photographs or share Willis’ memorial page online by logging onto: www.BaskervilleFuneral.com

To order memorial trees or send flowers to the family in memory of Willis Smid, please visit our flower store.
Send a Sympathy Card